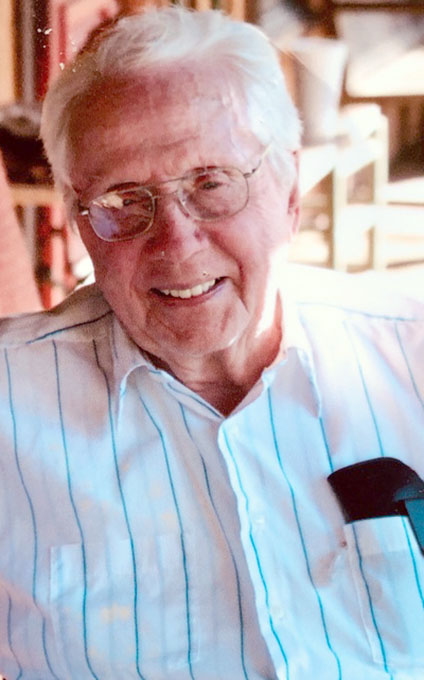 He was born to James and Susan Mooneyhan on May 31, 1925 in Elliot, S.C. He served in the United States Army with honors during World War II in the Asiatic Pacific Theater from 1944 to January 1946.

Prior to moving to Callahan, Fla., he owned and operated Burton and Co. Electronics in Jacksonville, Fla., which later became Discount Electronics in Callahan. Walter was a member of North Jacksonville Baptist Church and Riverside Masonic Lodge No. 266.

Funeral services were held at 12:30 p.m. on Monday, March 9, 2020 at North Jacksonville Baptist Church, 8531 N. Main St. The family received friends from 11:30 a.m. to 12:30 p.m., one hour prior to the service at the church. Burial followed with military honors at Jacksonville National Cemetery at 2 p.m.

Due to a medical mishap, Walter became a paraplegic at the age of 41. He was highly respected and admired by his peers for his courageous battle with his disability over the past 53 years. Sheriff Dale Carson recognized Walter in 1984 for his meritorious service rendered to the Office of the Sheriff and the citizens of Jacksonville. Peeples Family Funeral Home is serving the Mooneyhan family.