She was born Dec. 9, 1929 in Hoboken, Ga. to the late Noah David Hickox and Amanda Estelle Lee Hickox. She was a homemaker and member of Live Oak Baptist Church in Callahan, Fla. In her younger days, Inez enjoyed fishing, gardening and canning food. Until the end, she took great joy in country music, a clean house and spending time with her children.

She is survived by her children, David (Margaret) Nelson, Charles (Susan) Nelson and Debbie (Bill) Hoskison; seven grandchildren and many great-grandchildren.

Funeral services were held Monday, Feb. 3 at 11 a.m. in the Shepard-Roberson Funeral Home Chapel with Pastor Jimmy Thrift officiating. The family received friends an hour prior to the service at the funeral home. Burial followed in Winn Cemetery in Blackshear, Ga.

Condolences may be expressed by signing the guest registry at www.shepardfh.com. Arrangements are under the direction of Shepard-Roberson Funeral Home, 526 Oakwood St., Folkston, GA 31537. 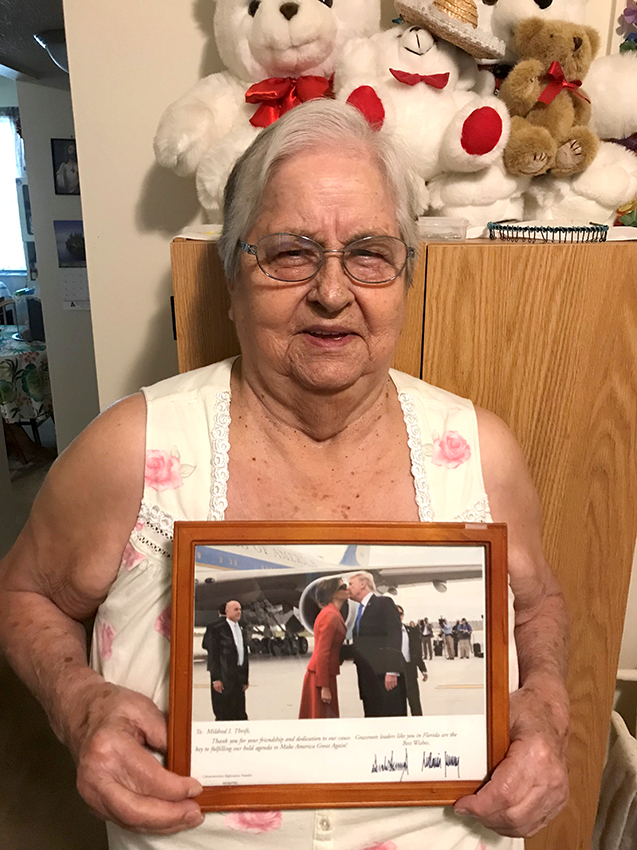